President’s Message for May 2019

How it should work !

My Wife and I just returned from Missouri. Made the trip to see our youngest son graduate from Fort Leonard Wood basic training. If you ever get have a chance to attend a graduation ceremony from basic training, PLEASE take it! I double dare you not to be proud to be an American. To all of you that have or are serving, THANK YOU!

We then had a couple of days afterward to vacation. Went to St. Louis and did some church work at the LDS temple in St. Louis. St. Louis and the parts of Missouri we saw is certainly a pretty place. I will have to try my hand at modeling some of the rock formations we saw. On the way from Fort Leonard Wood to St. Louis some tracks paralleled us by poking in and out of view for a good portion of the journey. It was not a good rail fanning day weather wise, so we didn’t stop along the way and only saw the tail end of one train, not the locomotives. Saturday became the train day. 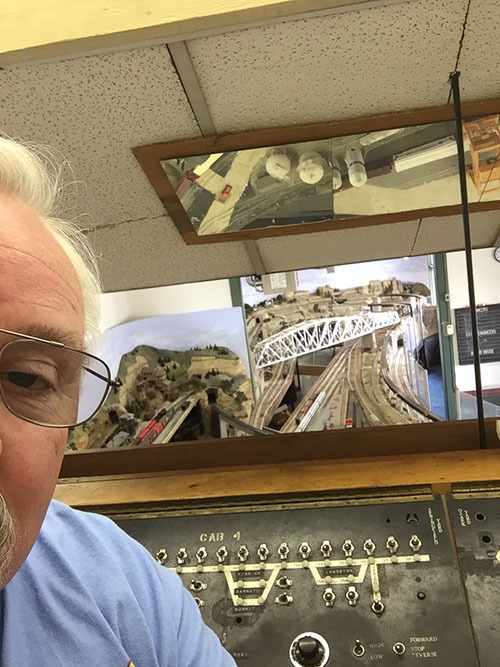 The weather was quite miserable, pouring rain in the morning, so rail fanning took a second seat to hobby shop visits. We have very few hobby shops left in my home area. By surfing the web, I found several model railroad shops around about us, so went to the one that was the closest and opened the earliest. I walked in, it was a marvelous shop for Post War Lionel, and almost all three rail. Very little HO / N. As I always do, I told the shop owner that I was O Scale 2 Railer and asked if I had missed anything in 2 rail. He said no, and this is a quote “I get a few pieces in now and then but I can’t sell it. All the 2 rail guys are 90 years old and won’t spend any money”. He continued and told me that he had a guy who he called anytime he got any 2 rail and he would just come and buy at all. He then said you know they have a 2 rail O Scale club in the area to which I replied no I did not. So he called this client and told him that I ( “The president of some 2 rail club”) was in town and needed to see the layout which is an old Frisco Railroad station. This gentleman told me he had family and friends in town, but could meet me at the station at 1:30 in the afternoon. Came out to the car and told my wife we had an invite to a club layout, so we rearranged our schedule, visited another couple of hobby shops and then went down to the station and met Bob. He opened up the station and let us in, gave us the grand tour and some history and asked if we had made it to the transportation museum yet. I replied that that was on our agenda. He says OK, follow me, I’ll give you the tour. So we jumped in our cars and proceeded to the transportation museum where he gave us a fantastic tour with all sorts of history and insider’s info. Bob had to perform an airport run so he left us to visit the museum. Very nice facilities, some interesting railroad equipment. Got to ride a trolley, a miniature train, walk around the grounds, see things such as an aero train several historically significant passenger cars, a BIG BOY. They have a tank car with and the outside shield wrapper of which Overland made a brass model of and I am seeking (if anybody has one for sale) They also have some automobiles, planes and I think a few boats on display, we just ran out of time. The museum also featured a bunch of just plain friendly volunteers and workers. We had a great afternoon. And the Sun came out! I can’t tell you how thankful I am to have made an acquaintance and been able to spend the day doing train stuff. So now, the moral of the story is do not be bashful about telling people that you’re a 2 Rail O Scaler!

I also had the chance to attend a mini con put on by the local division of the MMR. This event is held on a Saturday morning in a fire hall across the street from a hobby shop that helps support the event. The hobby shop has a fair selection of three rail and carries some two rail supplies. The mini con was formatted as to have “tabletop clinics” that you were free to walk around, sit down and listen and learn. The O scale 2 Railers were represented by two / maybe three, clinic givers, including Andrew Dodge, MMR. whose scratch-built snowplow is the subject of “what’s on the workbench” this month. Check it out! My invitation to all is to start thinking about possibly having a mini con for O scale 2 Railers in your neck of the woods. It certainly would not cost or be as involved as a national convention. It would be a grand opportunity to promote two rail O scale to the local HO and N modelers. Please feel free to contact me if interested and I’ll provide more details. 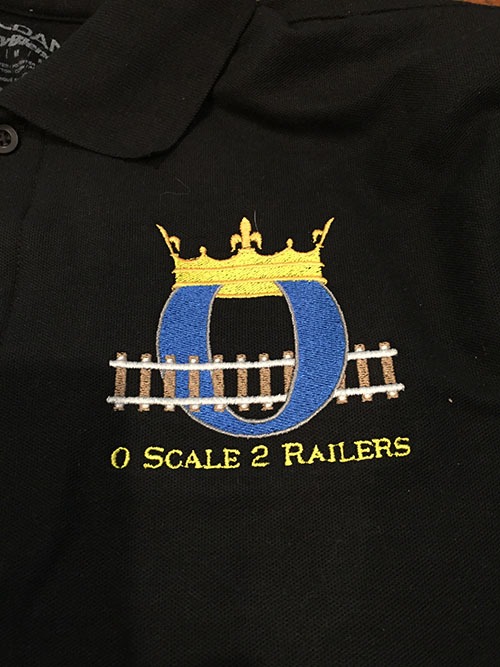 One last item of self-promotion, as some of you have seen, some of us have been wearing black polo shirts with an O Scale Central/ O scale 2 Railers logo embroidered on the left chest. I had the shirts made up to help identify the booth workers at Chicago and I use mine when I attend local events even if it’s not a 2 rail O scale event. It’s a great conversation starter. I will tell you that not all of the board liked the logo, so I did this on my own with my own funds — none of your dues were at risk. Any and all profits made from the sale of the shirts will go into the kitty for the O scale Central. At this time, I have two of these shirts left from the original batch. One is a large and the other is a medium. If you’re interested please contact me. If you desire another size please contact me, I can still have more made up. Price is $45.00 each.

OSK President’s Message, March 2021 David Vaughn President@oscalekings.org I am a big fan of the O Scale Two Rail (OS2R) community. Great Scale; better community. I grant you that the term “community” can be overused Read more…

PRESIDENT’S MESSAGE, FEBRUARY 2021 To OSK Members and the OS2R Community: My friend Tony Koester is an astute and experienced observer of model railroading. He has dabbled in OS2R and constructed an O Scale module Read more…