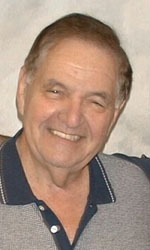 In 1975, Mort Mann started Sunset Models. Sunset Models was among the first importers of true scale brass models from the Orient. This began a 15 year long relationship with Samhongsa of Korea. While most of the models built at Samhongsa were HO scale, a few were in ‘O’ scale. Mort’s business quickly outgrew the garage and he moved the business to an office building in Campbell, CA in 1979. For many years Mort produced 100s of different prototypes of the steam era which Samhongsa has copied and built for countless other importers.

In 1985, he attended a Cal Stewart meet in San Jose. He brought a converted and unpainted brass NYC 4-6-2 K-5 to the meet fitted with 3-Rail pickup rollers. This was his test market of the first highly detailed brass engine in 3-Rail. Many who witnessed the shiny brass model gliding back and forth on the track commented, “What would anyone want with a detailed model in 3-Rail?” Mort was not deterred, but he did not see an opportunity to enter the market until 1993. After receiving a fax from his builder in Korea, he learned that another builder had gone bankrupt and their entire tooling and partially completed production had been sent to the Korean bank for sale to the highest bidder. Mort’s builder contacted the bank in Korea, on Mort’s behalf, and successfully bid for this material. The bankrupt builder’s name, at the time, was Hyo-Dung ,now known as Korea Brass and after a name change to avoid a lawsuit, MKT is the new name. The tooling and parts were for the 3-Rail models of the PRR S-2 Turbine and 3RD RAIL was born.

Scott, his son has mentioned that he learned a great deal from him about respect, honor and the process of making a successful business. He was a very wise man, with a tenacity for being fair, and being fairly treated too.